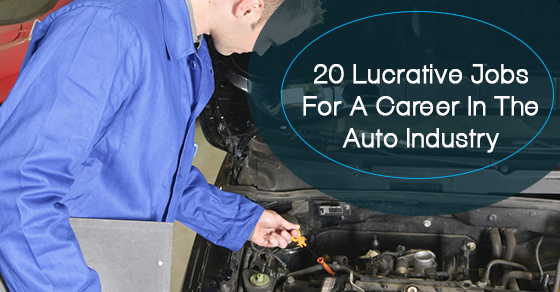 The production of automobile and automobile components is a big business in Canada. In fact, Canada is the largest producer of vehicles in North America, employing about one in every seven Canadians either directly or indirectly.

The Canadian auto industry excels in different areas of expertise that you may pursue a career in, including:

Areas of expertise include:

The auto industry in North America is driven by US corporations and the US market, but owing to the economic situation in the US, Canada is the preferred location for international companies looking to expand or develop their markets throughout the continent. There are many reasons for this, including the fiscal security in Canada, which makes these companies less prone to risks.

Here are some other facts about the Canadian auto industry that make it a great place to work:

As well, concerns that the Trans-Pacific Partnership (TPP) could cost the Canadian auto manufacturing sector about 20,000 jobs are misinformed.

Even if the industry chooses to outsource 25 per cent of its existing value added activity to jurisdictions outside of the TPP, the local sector will still remain largely unchanged. This is because 85 percent of vehicles assembled in Canada were exported, while 80 percent of the vehicles driven by Canadians were imported. Introducing another automaker does not necessarily mean that the local auto sector will weaken.

So, the auto industry is still booming, and is still one of the best places you can work in the country.